Here is the Blog I posted on Cambio www.cambio.com Just incase you haven’t read it. 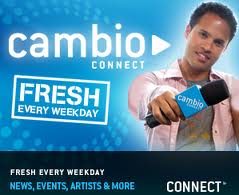 Green Tea is all the rage right now—known to reduce high blood pressure and lower cholesterol, Green Tea is taking the health world by storm. It also contains four primary polypehnols which are powerful antioxidants that have been shown to fight viruses, slow aging and have a general beneficial effect on a person’s health. Not only does it contain all these valuable attributes, but it’s also known for its weight loss effects, which has been causing more and more people to start taking the supplement.

But is everything you read actually true?

According to a study report in the American Journal of Clinical Nutrition, scientists have found that Green Tea extract resulted in a significant increase in energy expenditure (a metabolism “boost”).

Experts have also found that the catechins, a water-soluble polypehnol and antioxidant which gives Green Tea its bitterness and astringency, helps to inhibit the movement of glucose into fat cells.

Scientists at the University of Chicago carried out experiments on rats and found that the Green Tea caused these rats to lose up to 21 percent of their body weight. Rats injected with a Green Tea extract lost their appetites and consumed between 30 and 60 percent less food after seven days of daily injections.

I would suggest 3-4 cups per day would represent an ideal dosage to harness the positive effects of green tea. If this seems like an impossible challenge to you, then Green Tea supplements are they way to go.